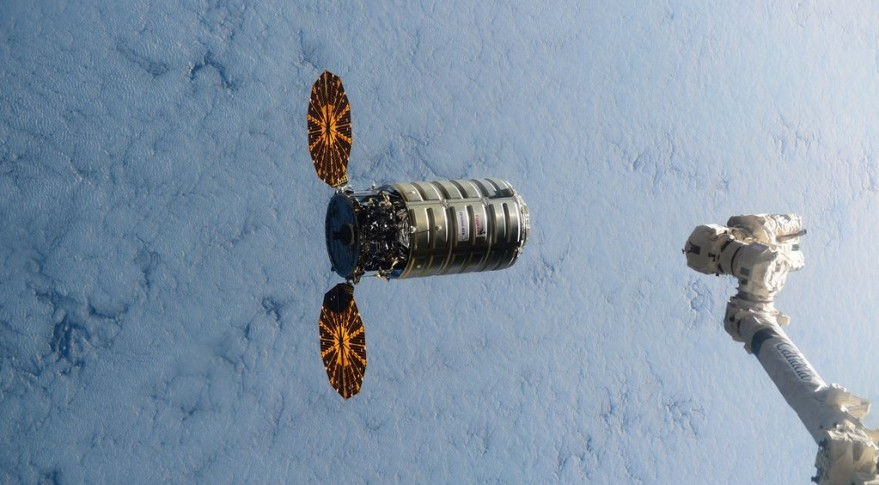 NASA said it detected mold contamination on two cargo bags being prepared for a Cygnus mission to the station.The amount of preparation put into each spaceflight means that NASA cannot risk anything going wrong during the mission, forcing it to make sure that everything is perfect, including mold. Mold may grow and spread in the ISS, contaminating water supply and potentially damaging optics, damaging the ISS.

2. The next step for gravitational waves 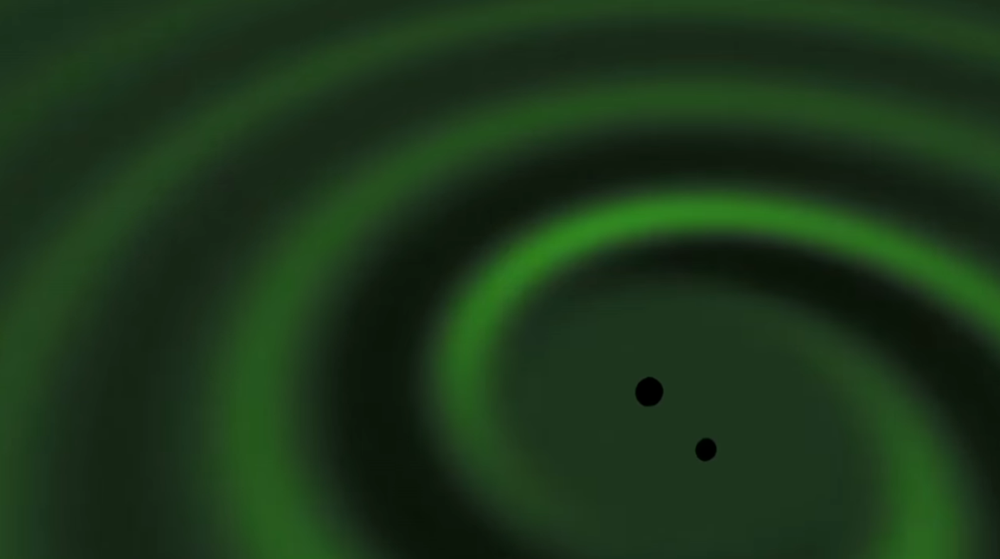 “We can observe the universe in this new way; not using light, but using gravity,” physicist Brian Greene told Mashable in an interview. As one LIGO scientist pointed out, the discovery is akin to astrophysicists gaining a new sense: hearing.

“Now we set to work to use that tool to examine astrophysical phenomena: the merger of black holes, the motion of neutron stars, the formation of massive black holes, the nature of space and time. All of that now is open to us in a sparkling new way.”

Before this discovery, researchers explored the universe using infrared, ultraviolet and visible light, with optical and radio telescopes, but now they have a new way to probe the depths of the cosmos: by using gravity as a way to observe what would otherwise be invisible.

LIGO’s detection could also lead to new, even more sensitive tools that could detect the gravitational waves sent out by other cosmic crashes of various origins.

And not all gravitational wave science needs to happen on Earth. The European Space Agency (ESA) recently launched the LISA Pathfinder mission as a testbed for technology capable of detecting gravitational waves from space. In the 2020s, the ESA is planning to launch a full-scale version of LISA called eLISA to map space-time’s ripples. Even LIGO itself should get more sensitive as its lifetime progresses, project scientists said on Feb. 11.

Congratulations to the Japan Aerospace Exploration Agency (JAXA) on the successful launch of Hitomi (also called ASTRO-H), which means “eye.” on Wednesday, Feb. 17, 2016, at 3:45 a.m. EST. The satellite subsequently deployed its solar arrays and is currently functioning normally. This new X-ray space observatory will study black holes and provide astronomers with a new view of the high-energy universe. ASTRO-H is expected to provide breakthroughs in a wide variety of high-energy phenomena in the cosmos, ranging from the superheated material on the brink of falling into a black hole to the evolution of vast galaxy clusters. It is equipped with four advanced instruments covering a broad energy range, from low-energy, or “soft,” X-rays around 300 electron volts (eV) to soft gamma rays up to 600,000 eV. For comparison, the energy of visible light spans about 2 to 3 eV. 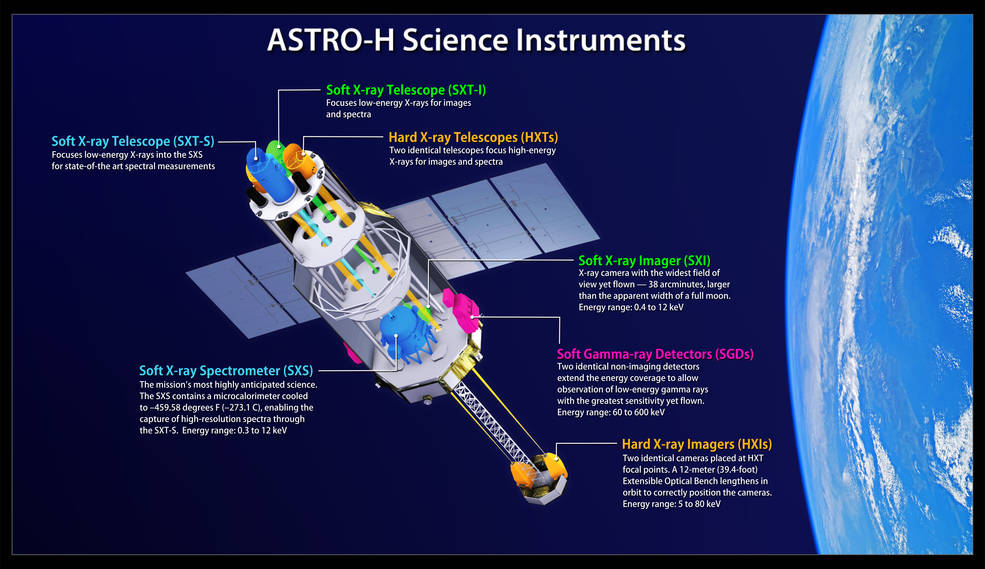 For a live stream of the launch, visit:
http://www.nasa.gov/content/jaxa-youtube-live-astro-h-launch 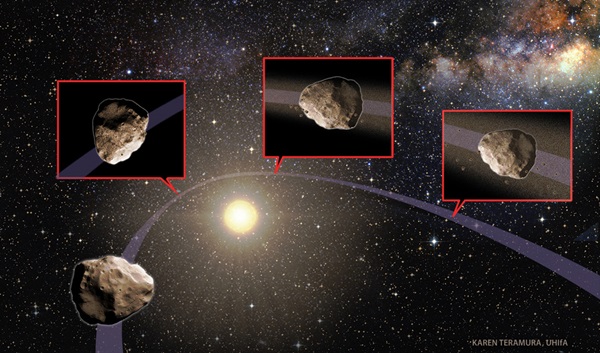 An international team composed of researchers from Finland, France, the United States, and the Czech Republic originally set out to construct a state-of-the-art model of the near-Earth-object (NEO) population that is needed for planning future asteroid surveys and spacecraft missions. The model describes the NEOs’ orbit distribution and estimates the number of NEOs of different sizes.

The team used the properties of almost 9,000 NEOs detected in about 100,000 images acquired over about eight years by the Catalina Sky Survey (CSS) near Tucson, Arizona, to construct the new population model. One of the most challenging problems facing the team was computing which asteroids they could actually detect. An asteroid appears as a moving point of light against a background of fixed stars but detecting it on an image depends on two factors — how bright it is and how fast it seems to be moving. If the telescope isn’t looking at the right location at the right time when an asteroid is bright enough and slow enough to be detected, we simply may never find that asteroid. 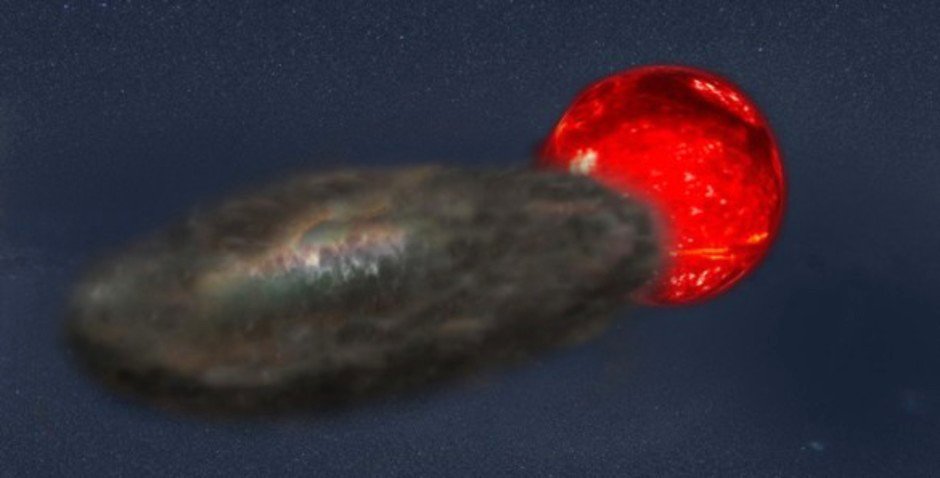 Imagine living on a world where, every 69 years, the sun disappears in a near-total eclipse that lasts for three and a half years.

That is just what happens in an unnamed binary star system nearly 10,000 light years from Earth. The newly discovered system, known only by its astronomical catalogue number TYC 2505-672-1, sets a new record for both the longest duration stellar eclipse and the longest period between eclipses in a binary system.

Discovery of the system’s extraordinary properties was made by a team of astronomers from Vanderbilt and Harvard with the assistance of colleagues at Lehigh, Ohio State and Pennsylvania State universities, Las Cumbres Observatory Global Telescope Network and the American Association of Variable Star Observers and is described in a paper accepted for publication in the Astronomical Journal.

The previous record holder is Epsilon Aurigae, a giant star that is eclipsed by its companion every 27 years for periods ranging from 640 to 730 days.

For the first time, astronomers have analyzed the atmosphere of an exoplanet in the class known as super-Earths. Using data gathered with the Hubble Space Telescope and new analysis techniques, the exoplanet 55 Cancri e is revealed to have a dry atmosphere without any indications of water vapor. The results indicate that the atmosphere consists mainly of hydrogen and helium.Super-Earths like 55 Cancri e are thought to be the most common type of planet in our galaxy. They acquired the name “super-Earth” because they have a mass larger than that of Earth but are still much smaller than the gas giants in the solar system. The WFC3 instrument on Hubble has already been used to probe the atmospheres of two other super-Earths, but no spectral features were found in those previous studies.

55 Cancri e, however, is an unusual super-Earth as it orbits close to its parent star. A year on the exoplanet lasts for only 18 hours, and temperatures on the surface are thought to reach around 3,600° F (2,000° C). Because the exoplanet is orbiting its bright parent star at such a small distance, the team was able to use new analysis techniques to extract information about the planet during its transits in front of the host star. 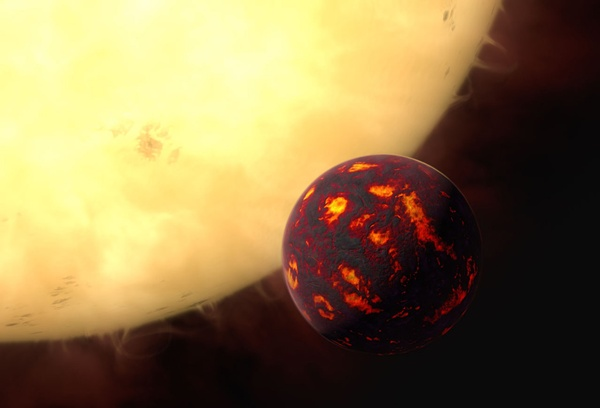